Retinol and its anti-aging properties

Retinol and its anti-aging properties

Retinol, also known as vitamin A1-alcohol, is the vitamin in the vitamin A family found in food and dietary supplement. It is synthesized from the breakdown of β-carotene. First, the β-carotene 15-15′-monooxygenase cleaves β-carotene at the central double bond, creating an epoxide.

This epoxide is then attacked by water creating two hydroxyl groups in the center of the structure. The cleavage occurs when these alcohols are reduced to aldehydes using NADH. This compound is called retinal. Retinal is then reduced to retinol by enzyme retinol dehydrogenase. Retinol dehydrogenase is an enzyme that is dependent on NADH.

Commercial production of retinol typically requires retinal synthesis through the reduction of a pentadiene derivative and subsequent acidification and hydrolysis of the resulting isomer to produce retinol.

Pure retinol is extremely sensitive to oxidation and is prepared and transported at low temperatures and oxygen-free atmosphere. When prepared as a dietary supplement, retinol is stabilized as the ester derivatives retinyl acetate or retinyl palmitate. The Foods Standard Agency states that an average adult should not consume more than 1500 micrograms (5000 IU) per day.

When it comes to reversing the signs of skin aging, retinol is hand down the industry`s gold standard ingredient. It has the power to accelerate skin renewal and reduce the appearance of wrinkles, fine lines, and age spots for firmer, smoother, and more evenly toned skin. Human skin can convert retinol to its biologically active metabolic retinoic acid. When topically applied to human skin it penetrates and sequentially converted to retinaldehyde and then to retinoic acid. One important benefit of topical retinol is that compared to retinoic acid, retinol induces fewer signs of side effects which are characterized by erythema, scaling, dryness, and pruritis. 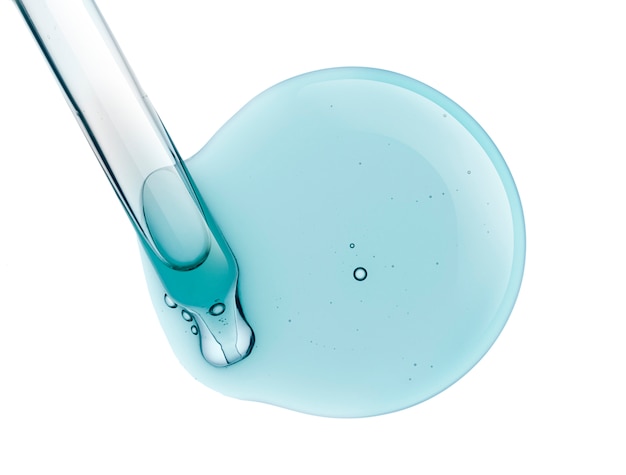 A much higher concentration of retinol (0.4%) is needed to achieve similar results as seen with topical retinoic acid, ROL induced the same histological changes (epidermal hyperplasia and dermal ECM production) as retinoic acid without causing retinoids irritation, the most common side effect of retinoids. Mechanistically, it appears that topical ROL increases epidermal thickness by stimulating keratinocyte proliferation, which involves epidermal specific upregulation of the c-Jun transcription factor. Topical retinol also elevates ECM production, which involves enhanced TGF-β/CTGF pathway in the dermis. Additionally, topical retinol significantly increases dermal vascularity which may have a significant impact on the homeostasis of the dermis and epidermis.

But what many people do not know about retinol is that it is a highly reactive molecule, meaning it can breakdown loses its potency as soon as it is exposed to sunlight or air.

What food to eat for healthy skin?

Your cart is currently empty.
Click here to continue shopping.
Search
Account
Thanks for contacting us! We'll get back to you shortly. Thanks for subscribing